It is with regret to announce that Richard Earlam recently passed away. YOU can read more about his remarkable work on the links below

It is with regret to announce that Richard Earlam sadly passed away recently. You can read more on the articles on the below links 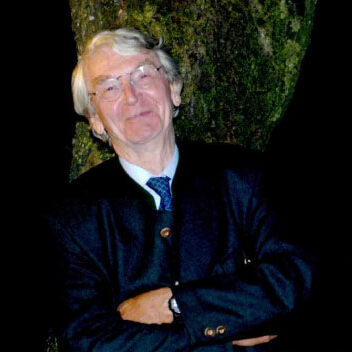 This website for RICHARD EARLAM summarizes surgical research done during thirty years as a consultant surgeon and makes selected original articles easily available to all students young and old, medical or non-medical.   In the search for an ideal “surgeon’s” website to copy I have found nothing but advertisement for services but this surgeon is retired and no longer in surgical practice.   The original purpose of Tim BERNERS-LEE in organising the web was for physicists to exchange their research with other workers easily, quickly and without cost or hindrance.  This is a gift relationship, which acknowledges the work and expertise of the previous generations and offers it similarly to the next generation.

A brief curriculum vitae is added to this HOME PAGE but more important is a complete list of publications (1-151).  About half are cited in PubMed and given their numbers.  For each of the five topics with webpages, references are given in the text.  For the student and any curious reader these references (55) are quickly available using pdf to avoid a difficult time consuming visit to the local medical library.  The books are mainly out of print but can be obtained easily via the web at sites such as abebooks.com or amazon.com.  Such a system avoids the unnecessary production of a second edition of my book Clinical Tests of Oesophageal Function 30 years after the first edition. The separate subject of the Helicopter Emergency Medical Service (HEMS) is covered by Trauma Care in 1997.

Words highlighted in blue refer to WIKIPEDIA sites checked as reliable sources.   Google itself or Google Scholar is not used as a search because the majority start there anyway.

Lecturer in Surgery:
The London Hospital 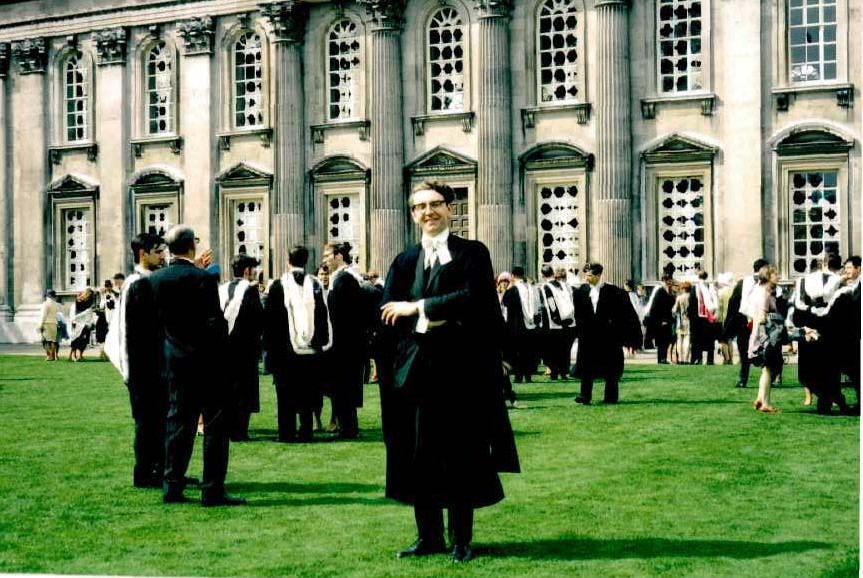 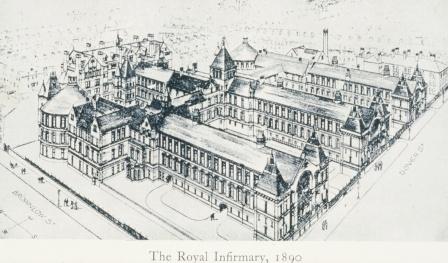 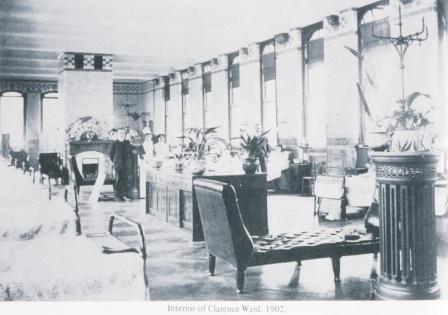 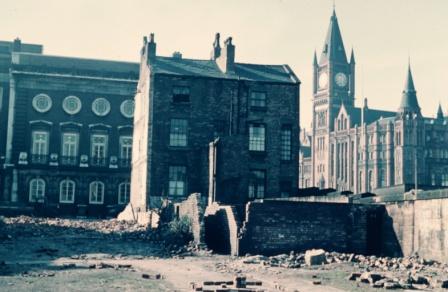 In my undergraduate days as a preclinical medical student in Cambridge followed by a second three years as a clinical student in Liverpool, it is fascinating to see the influence of superb teachers who may have thought that they were casting pearls before swine.  In the anatomy department at Cambridge, which produced the Hamilton, Boyd and Mossman book on embryology, we did 300 hours of embryology alone in addition to dissecting human bodies.  This was the basis of future thoughts on an intrauterine volvulus causing aganglionic bowel.  In Liverpool we had Harry Sheehan as Professor of Pathology, a magnificent teacher, and we were fascinated by his exposition on the post partum haemorrhage and shock after the birth of a child which caused an ischaemic infarct of the anterior pituitary to explain Sheehan’s syndrome.  This was a seed of knowledge, combined with Cannon’s demonstration that shorter ischaemia could selectively destroy nerve cells, that led to my experiments on the dog to destroy ganglion cells by this method.

But not all consultants answered the undergraduate’s curiosity.  Dr A John Robertson demonstrated epigastric tenderness as being diagnostic of a duodenal ulcer, but in answer to my question as to why this was so, since the surface marking of the duodenum was elsewhere, he replied, “Shut up, Earlam”.  Was this the origin of my later work on epigastric pain?

A similar event occurred in Mr Philip Hawe’s Clinic, a renowned expert thyroid surgeon who also did radical mastectomies for Stage I and II breast cancer.  There had been a recent SGO article that showed 50 % of patients with positive axillary glands had supraclavicular node involvement.  Owen Wangensteen had also shown involvement of the internal mammary chain; both anatomical areas were not cleared by radical mastectomy.  In response to my question as to why he did a radical mastectomy clearing only the axilla for these patients in 1957, he replied very kindly, “Now there is a problem for you to solve, Earlam”.  This led to an interest in staging of oesophageal cancer at a later age.  Similarly a lecture by the professor of medicine, Sir Henry Cohen, on “dis” ease (sic), to interest us medical students on the cause of different diseases led to admiration at his erudition.  But he never asked nor offered us an explanation of how and why doctors had chosen names for the different pathologies.  This was another seed which germinated for later work on nomenclature of diseases. 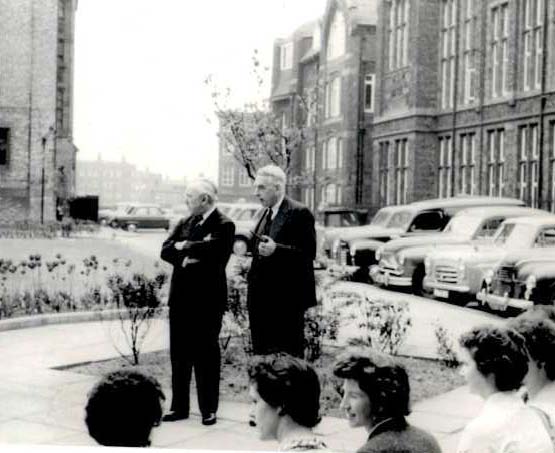 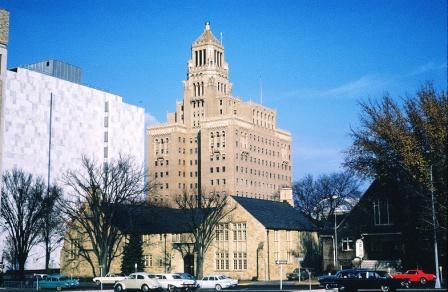 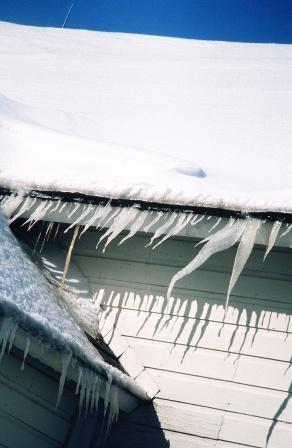 Icicles that froze in the icy wind 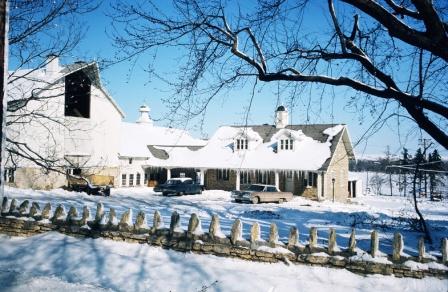 My interest in the oesophagus began by chance in 1966 when David Annis, Consultant Surgeon at the Liverpool Royal Infirmary who had worked with George Hallenbeck at the Mayo Clinic, called me over to the Department of Surgery to say that I had been accepted as a research worker at the Mayo Clinic and must immediately choose between the subjects of renal transplantation or physiology for my research projects.   Thus, without realizing it, did I choose my future surgical special interest built on research with F Henry Ellis Jr in thoracic surgery and Charles Code leaders in gastro-intestinal physiology in North America.   Work led to a thesis on hiatal hernia repair in dogs (MChir Cantab 1968) but far more importantly came an interest in the patho-physiology of the oesophagus and stomach especially in relation to gastro-oesophageal reflux which had been studied by others since 1958 using oesophageal manometry in Code’s department.  After two years research in Rochester, Minnesota, I spent one year in cardio-thoracic surgery at the Universitäts Klinik in Munich with Professor Rudolf Zenker and Professor Hans Borst before going to the London Hospital as a Lecturer under Professor David Ritchie in 1968.  This was due to Charles Mann visiting Munich; he had also been to the Mayo Clinic, like Professor Ritchie.  These random career moves all fitted in with my career plan – “training lasts as long as you can not find a consultant job”.

Reading Mayovox in the Bavarian Mountains 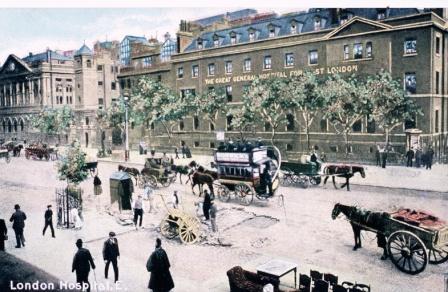 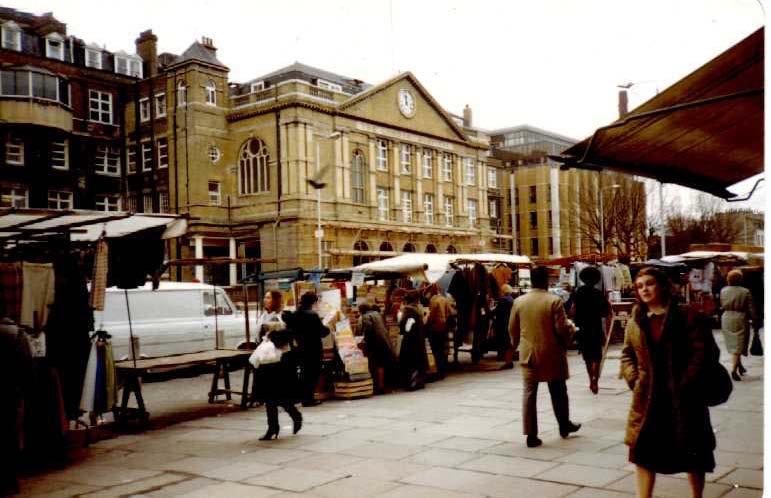 I was lucky with the London Hospital surgical department.  David Ritchie had an excellent experimental laboratory using the isolated perfused canine stomach and oesophagus to study whole organ physiology.   He had also like most of the emigré Glasgow professors founded a good gastric acid secretion laboratory using pentagastrin tests.  Vagotomy and pyloroplasty were done routinely for duodenal ulcer and in the background was the superb thoracic surgeon Geoffrey Flavell who apart from cancer surgery had done 1,000 or maybe 2,000 hiatal hernia repair operations.  So I set up an oesophageal manometry laboratory and must have done over 1,000 of them by myself until I felt confident enough to write a book on Clinical Tests of Oesophageal Function in 1976.  The purpose was not actually to advertise in obeyance to the Mayo Clinic aphorism “early to bed, early to rise, work like hell and advertise”.  It was more sophisticated because it deliberately forced me to read widely over the length and breadth of knowledge about oesophageal anatomy, physiology and pathology.  I sat reading and writing for two years, evenings and weekends, and the bookmarker of my leatherbound copy is cloth from the pair of thick trousers I wore out; I learnt a lot.

Rereading this book thirty years later (1976-2008) there are clearly a few passages which are out of date or have changed because we have discarded gastric acid secretion tests and replaced antacids with the H2 blockers and then proton pump inhibitors.  But other subjects such as gastrointestinal hormones have not been followed up.  Then we became totally bemused by Helicobacter Pylori which enabled and enobled Warren and Marshall to be given the Nobel Prize in 2005.  Code in my opinion was such a good gastroenterological physiologist that he should have been given a Nobel Prize for his histamine research.  But unfortunately he worked on H1 and it was Sir James Black who was given the Nobel Prize for his analysis of histamine induced gastric secretion because he had discovered H2.  Nobody received a Nobel Prize for the proton pump inhibitors maybe because the financial rewards came from the drug sales themselves (Omeprazole to Nexium etc) which reached several billions of dollars.   This diversion emphasizes that these discoveries caused the medical profession, surgeons, gastroenterologists, physiologists and pathologists to take their eye off the main intellectual challenges namely an analysis of symptoms, the pathophysiology and the aetiology of the commonest “diseases” in upper gastrointestinal clinical work, namely hiatus hernia, peptic ulcer and gall bladder disease.